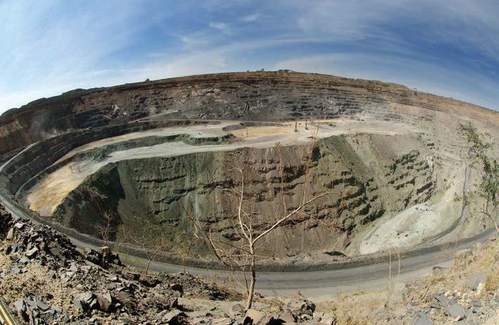 A decade on, De Beers is celebrating the continuing growth of its Forevermark diamond branding program, which began on a pilot basis in Hong Kong in 2004 before being scaled up in Asia and beyond. De Beers has since introduced the Forevermark through selected jewelers in Hong Kong, Macau and mainland China, as well as in Japan, Taiwan, India, South Africa and the United States.

The most recent country identified by De Beers for its Forevermark brand was Botswana where it was introduced towards the end of 2014 following South Africa.
De Beers’ Jwaneng mine, in Botswana, is the world’s richest mine and is one of the sources of Forevermark diamonds. De Beers Global Sightholder Sales relocated its entire function from London to Botswana at the end of 2013.
Meanwhile, Forevermark is joining with longtime De Beers client and sightholder Leo Schachter to debut LVE, a cobranded diamond jewelry line that targets millennial buyers.

The new collaboration, LVE for Forevermark, sports the tagline “live love”. The project came about after polling a panel of 1,000 millennial consumers, which vetted key aspects of the concept and the design.

“Success today with millennials is about having a compelling story that is relevant,” said Rebecca Foerster, executive vice president, strategic planning and marketing for Schachter and Co., the Schachter division that services independents.

The name—LVE—was chosen because it’s a contraction of the word love. “That’s the millennial’s language, the way they talk,” Foerster says. “The missing O allows for some customization. The definition of love is different to a millennial than it was to previous generations. They want to create their own kind of love.” The brand is built around a patented threaded design that resembles the classic infinity symbol. In the bridal lines, the threads wrap arounf the center stones.

De Beers says its Forevermark branded diamonds are guaranteed to have been selected and processed in accordance with its Best Practice Principles at every step along the pipeline, meaning that they must be natural and untreated. To be eligible, diamonds need not come from De Beers mines, but must be 0.18 carats or larger, SI2 clarity or better, K color or higher and good quality or better cut.

The Best Practice Principles for Forevermark stones are monitored by an independent third party, which according to the company is meant to ensure that all Forevermark diamond facilities are inspected on an annual basis to guarantee that they meet the standards.
The expansion of the Forevermark brand includes the launch of its own independent grading operations, which will only analyze Forevermark diamonds. New facilities using proprietary technology have been opened in Belgium and the U.K.

“There is a demand for branded diamonds and discerning customers are looking for the very best with the name of De Beers behind it to certify that they are the shiniest, the best and what is very, very important is that they are responsibly sourced,” said De Beers CEO Philippe Mellier. “Forevermark offers unrivalled accuracy of grading and integrity, with each diamond inspected at least five times. Our proprietary technology and systems are cutting edge, as are our people. And our grading will as never before combine consumer needs and technical requirements into the perfect expression of Forevermark’s quality, trust and integrity.”


De Beers is also promoting a tie-in between the Forevermark program and the push for beneficiation—local diamond polishing and jewelry manufacturing in southern African countries, notably South Africa, Angola, Namibia and Botswana. In the latter two countries, the Diamond Trading Company has established a 50-50 joint venture with the national governments, and the DTC Botswana is now responsible for global sorting and aggregation operations, which have been moved from London.

“Forevermark diamonds have come from sources where the diamonds bring real benefits to people, communities and countries,” De Beers says. “Forevermark diamonds come from mines in countries, such as Botswana, Namibia or South Africa where people are committed to creating a more prosperous future for themselves through the success of the local diamond industry.” It is an open question as to what degree this will be a selling point in Asia as opposed to Western markets, or whether it is aimed more at the countries pushing for beneficiation.

But the unprecedented effort to create a De Beers’ brand of diamond is not pleasing to all members of the global diamond community. There is a sense that De Beers’ marketing budget is being used to promote purely its own products rather than diamonds as a category, both through the Forevermark brand and through De Beers Diamond Jewellery, the retail diamond jewelry joint venture with LVMH Moët Hennessy Louis Vuitton. In response, Mellier has said on a number of occasions that the miner is no longer the “custodian” of the diamond industry as it was when it controlled 80% and more of global rough supply. With its share of the rough market down to about 37%, the firm said it is no longer under any obligation to work on behalf of the entire global diamond industry.

De Beers used to spend in the region of $200 million annually on generic diamond supply. The mining giant does not disclose its marketing spend on the Forevermark brand, but industry estimates quote a figure of more than $100 million a year.

“We are unfortunately smaller than before,” said Mellier. “At one time we had 80 percent of the world market. We are still by value the biggest company in the world with slightly more than a third of the world market so we spend according to our need and our volume. Forevermark is what we really want to focus on.”

Ronnie Vanderlinden, secretary general of the International Diamond Manufacturers Association (IDMA) and vice president and chief financial officer of the Diamond Manufacturers and Importers Association of America, viewed the matter philosophically. “The Forevermark is the Forevermark, and other brands are branding,” he said. He noted that De Beers enjoys a huge advantage in the advertising slogan “A diamond is forever,” which was coined for the company in the 1930s and has attained near-proverbial status.

“They are using the world-famous slogan and brand. They took it away from generic advertising and are giving it to [their partners],” he added. “I don’t know how other companies can use marketing agencies to compete with it.” Under the Forevermark program, diamonds used in the brand do not need to come from De Beers’ mines, nor do they have to be marketed by the firm in its sight boxes. They are required to come from rough diamond sources that meet De Beers’ standards, and to be cut and polished by a limited list of diamantaires. Retail jewelers in the designated countries that meet De Beers’ specifications must pay $50,000 per year per store for the right to market them. According to De Beers, this makes less than 1 percent of the world’s diamonds eligible for Forevermark status.

The company aims to make Forevermark one of the world’s leading diamond brands, said Forevermark CEO Stephen Lussier. Forevermark continues to be a separately managed division within the De Beers group of companies, but its main task is to build and develop the Forevermark diamond brand.
﻿Terms & Conditions
Privacy Policy