What are the Implications for US Jewelry Trade of Changing Population Patterns? 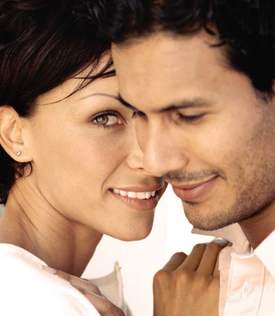 As the birthrate of white Americans has declined in recent decades, so that of minorities in the United States has grown, with the Hispanic and Asian populations showing a particularly strong growth rate. Since 2010, Asians have had the edge, according to new Census Bureau data which estimate that the U.S. Hispanic population topped 54 million as of July 1, 2013, an increase of 2.1% over 2012. Meanwhile, the Asian population grew to 19.4 million, with a growth rate of 2.9%.

U.S. births have been the primary driving force behind the increase in the Hispanic population since 2000 and that trend continued between 2012 and 2013. The Census Bureau estimates that natural increase (births minus deaths) accounted for 78% of the total change in the U.S. Hispanic population from 2012 to 2013.

Marketers of jewelry and just about every other retail sector in the country are taking a closer look at what this could mean for sales. Which are the new strategies required for the U.S. retail jewelry sector? What are the differences, if any, between the jewelry taste of minorities and the traditional jewelry choices seen since the end of the Second World War when De Beers launched its generic diamond promotion efforts worldwide?

Of course, the traditional, white, sector of the population, descended from European countries, remains the majority and is still the wealthiest part of the population. But it is not a group that can really be counted on by retailers in the coming 20-30 years. And that has implications not just for the advertising and marketing industries, but also for jewelry designers who will need to start providing younger designs with an ethnic bent.

A report from the Pew Research Center projects that immigration will propel the U.S. population total to 438 million by 2050, from around 313 million today. Along with this growth, the racial and ethnic profile of Americans will continue to shift—with non-Hispanic whites losing their majority status.

With little immigration and low fertility, the non-Hispanic white population is projected to edge from around 200 million now to 207 million by 2050, while the three other major racial and ethnic groups will see much more growth, rising from 90 million in 2005 to 228 million in 2050. The share of Non-Hispanic whites is slated to slip from 67% to 47% over the 45-year period. Indeed, they would decline in number by 2050, if not for immigration.

People of Hispanic descent account for 15% of the population, approximately 45 million people. And in spite of the poor state of the economy in recent years, the size of the jewelry market among them has grown considerably due to the sheer numbers of consumers. And Hispanics typically enjoy shopping and save less than the non-Hispanic white population. The market is far too big for jewelers not to pay special attention to this segment of the population, but it also is far too diverse for a one-size-fits-all approach. 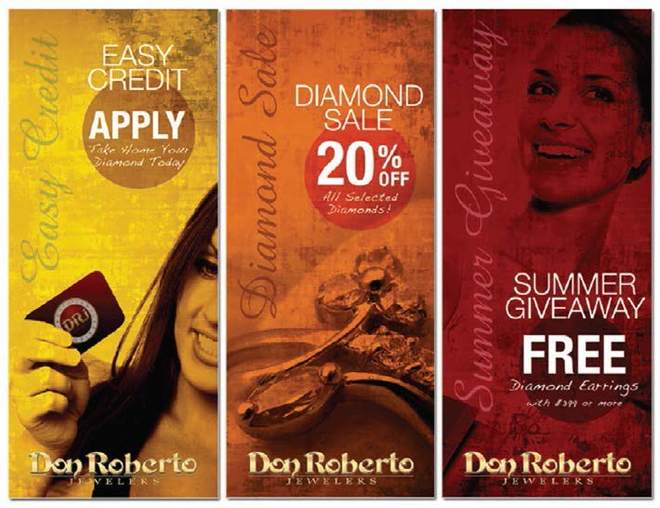 While much media and political attention goes to the social problem of millions of illegal immigrants from Mexico and Central America, who may not be in a position to spend on luxuries like jewelry for a long time, their numbers are overshadowed by tens of millions of legal immigrants and families who trace their roots in the United States back generations and may have few culturally Hispanic markers other than their family names and the same kinds of sentimental ties to the Old Country that characterize Italian-Americans, Irish-Americans and other ethnic groups.

For MVI Marketing, a jewelry consulting group that has just completed its first general study of the Hispanic retail jewelry market since 2005, this question of acculturation is even more important than categorizing Hispanic consumers by country or region of origin, with all that the differences between Mexican, Central American, Cuban, Dominican, South American and Spanish cultures imply for retail buying behavior. The main ethnic focus of the survey was on consumers with Mexican heritage.

MVI President Liz Chatelain said the survey divided the Hispanic market into three broad categories of acculturation—“ Newcomers, bicultural, where they have a foot in both countries, and people who identify themselves as ‘Americans with Hispanic heritage’ and are very acculturated.”

These three groups “shift in what they buy, who they buy from and how much they are willing to spend,” Chatelain said. “For example, there is the question of loyalty to retail brands. People who come to America have more appreciation for luxury brand names. As they grow more acculturated, their loyalty shifts and they become more willing to look at diverse brands.”

As Hispanic consumers become more adjusted to mainstream American culture, “they become more diamond oriented, but are not necessarily willing to spend more,” she added. “[Hispanic immigrants] don’t necessarily come to America with the idea of the diamond engagement ring as a given, but wanting to be as Americanized as possible. They want to fit in, to assimilate, so they want the ring.”

Some retail jewelry chains, like southern California’s Don Roberto, specialize in serving immigrants and those with low-to-medium levels of acculturation. “A lot of it is on credit,” Chatelain said. “For the un- or low acculturated consumer, that’s a bonus, because it helps them establish credit.” That’s a benefit not to be taken lightly for a segment of the population that has suffered a good deal from the down economy of recent years (see sidebar).

Daniel’s, another southern California retail jewelry chain known for serving Hispanic consumers, aims at more acculturated consumers, and its president, David Sherwood of Sherwood Management, warned of the danger of stereotyping Hispanic consumers. “When we look at our customers, we segment them by needs and age, but not by whether they are Hispanic or not,” he said. “There is no ‘Spanish cut’ of diamonds, there is no ‘Spanish clarity.’ The Hispanic customer likes the finest cut of diamond, just like anyone else.”

Sherrwood acknowledged that immigrants may come from the Old Country with certain buying habits and expectations, but he said other jewelry chains such as Don Roberto and La Curacao are set up to serve their needs. “But that’s true if it’s a Hispanic, Chinese or Korean customer. They are more used to a different way of doing business. But our customers are second generation or later.”

Chatelain stressed that brand loyalty is weaker among acculturated consumers of Hispanic heritage. Among all respon-dents to MVI’s survey, the most popular venue for buying fine jewelry was department stores, the choice of 39%. But the findings get more interesting when broken down by level of acculturation, with only 12.4% of consumers with a low level of acculturation choosing to shop in regional or national retail jewelry chain stores, a level that rises to 18.7% for the bicultural and 27% of those with a high level of acculturation. The most popular fine jewelry chain store among all respondents was Kay Jewelers at 32%, though again “the more acculturated they are the more they shop there,” closely followed by Zale’s at 30%, Gordon’s at 14%, Piercing Pagoda at 13% and Helzberg Diamonds at 11%. 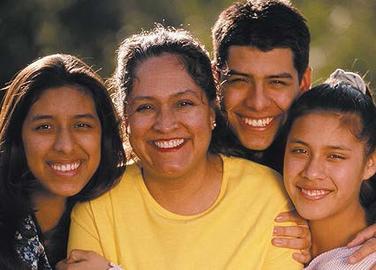 Jewelers of whatever size seeking to serve Hispanic consumers start with the important advantage that many Hispanic cultures connect jewelry purchasing to all kinds of special occasions. The quinceañera, or 15th-birthday party for girls, is one well-known life event, but births, 21st birthdays, high school and college graduations, golden and other significant wedding anniversaries, and even Easter can be jewelry buying occasions. Earrings are popular gifts, as are crosses set in pendants or earrings and religious medals for Easter and other religion-themed occasions, Chatelain said.

The problem remains that the retail jewelry trade in general neglects the Hispanic market, failing to educate this important group of consumers even on such basics as the four C’s. “Almost 41% [of the survey respondents] said they are ‘extremely unfamiliar’ with the four C’s, 22% are ‘somewhat unfamiliar’ and only 18% are ‘somewhat’ or ‘extremely familiar.’ Only 10% of low-acculturated people understand the four C’s.” As a consequence, many survey respondents said they buy even bridal jewelry at mass marketers like Wal-Mart, “because they don’t really have a good knowledge of diamonds,” Chatelain said. “I believe they’re not spending as much as they would if they knew more.

The industry is missing out. … The diamond message is that the Hispanic consumer is not knowledgeable enough, so they are not comfortable buying and investing large amounts of money in this product category. No one takes time to educate them on the four C’s; [survey respondents] didn’t even know that insurance is available for jewelry.” The good news is that self-purchasing is growing among Hispanic consumers, and that coupled with jewelry-buying traditions for special occasions and the burgeoning size of the Hispanic population can mean a growing market. But it won’t grow without effort. “We haven’t done as good a job as we could,” Chatelain said.

Meanwhile, Phil Lempert from research Nielsen says the way to connect with Hispanics is to address them as young, passionate, and family-driven since their growth rate is three times that of the U.S. population overall. Some 45 million U.S. Hispanics already comprise 15% of the nation, and that number is seen growing to 52 million by 2013, according to a forecast by the U.S. Census Bureau and Nielsen 2008 Universe.

Two-thirds of the Hispanic population are under age 35, and they’re 10 years younger on average than the U.S. populace overall, so their lifetime spending value makes them a target for marketers. Their collective buying power is expected to grown by more than $400 billion to around $1.5 trillion.

They are proud to be seen as consumers, says Lempert, and are aspirational consumers. They have money and like to spend it, whether they need it or not. They buy on impulse and live in the moment. They spend on things they value, he noted. He advocates creating a value proposition for Hispanic consumers — not just for your product, but for your brands and for your company. Companies need to demonstrate that they care and that Hispanics are important to them.

That proposition is not necessarily simple, however, as glance at the language element demonstrates. Around 83% of Hispanics, or 35 million, speak some Spanish at home; 76% of U.S.-born Hispanics aged five to 17 speak Spanish at home; and 87% of all Hispanics say it is “very or extremely important for children and grandchildren to speak Spanish.” ◆
﻿Terms & Conditions
Privacy Policy