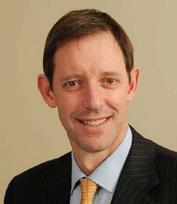 De Beers’ mother company, Anglo American, reported that the diamond miner’s production rose 5% to 32.6 million carats, and that this year the company expects production to be in the range of 32-34 million carats. De Beers’ underlying earnings soared 74% on the year to $923 million in 2014, according to Anglo American’s share in De Beers, with expansion being driven by higher rough diamond prices and lower operating costs.

“De Beers’ CEO Philippe Mellier said the second half of the year was weaker than the first six months, with the Christmas sales season around was slightly lower than expected, but the U.S. performed very strongly overall. China was a bit on the low side while India has started to pick up again after a challenging two years.”


Mellier noted that the diamond market was robust until around September, after which demand weakened due to a lack of liquidity in the diamond pipeline. He added that similar weak conditions continue in early 2015 but the company expects the market to rebound in the second quarter of the year. Anglo American owns 85% of De Beers and 15% is owned by the Botswana government.


Anglo American reported that its share of De Beers’ revenue jumped 11% to $7.11 billion last year, and that rough diamond sales surged by 12% to $6.5 billion. The outstanding amount of $614 million came mainly from the company’s Element Six industrial diamond business, as well as some consulting revenues and De Beers’ Forevermark brand. The diamond brand grew its retail outlets by 20% to more than 1,500, while its laboratories graded 50% more diamonds than in 2015, Mellier commented.

De Beers’ underlying earnings before interest payments increased by 36% to $1.4 billion (2013: $1.0 billion). The increase was due primarily to solid demand across key markets, particularly the US, which resulted in strong revenue growth. Operating costs benefited from favorable exchange rate movements, which offset underlying inflationary pressures.


Average realized diamond prices were in line with 2013 at $198/carat, driven by 5% higher average rough price index in 2014, offset by a marginally lower product mix.


Consumer demand for diamond jewelry showed positive growth in local currency terms in all the main markets in 2014. The economic recovery gained momentum in the US, the largest consumer diamond market, which resulted in healthy diamond jewelry sales growth throughout the year. Growth in diamond jewelry demand in China continued, albeit at more modest levels, reflecting slowing economic growth. Macro-economic conditions in India started improving in the final quarter of 2014, following the election of a new government earlier in the year, which boosted consumer confidence, lifting hopes that growth will return. Polished prices ended the year broadly in line with where they started in 2014, with the increase in the first half of the year being offset by a reduction in the second half. Rough diamond prices increased over the course of 2014, albeit with some softness experienced towards the end of 2014 and early in 2015.


In July, De Beers announced details of a new approach to its rough diamond Sightholder sales contracts. The new contract period, which will start in March 2015 and run for three years, with an option for De Beers to extend, requires, amongst other things, its rough diamond customers to comply with more rigorous financial and governance criteria in order to be eligible for supply.

Operating Performance – Mining And Manufacturing
De Beers’ full year production increase of 5% to 32.6 million carats reflected a strong performance from Debswana, partly offset by slightly lower production at Snap Lake and Kimberley, with all other regions performing broadly in line with 2013, the firm said.
Debswana benefited from greater efficiency at its processing plants following operational improvement initiatives, producing 24.2 million carats (Orapa 1 2 . 9 m i l l i o n a n d Jwaneng 11.3 million). Performance was enhanced by recovery from the carry-over effects through 2012 and 2 0 1 3 of the Jwaneng slope failure clean-up as well as the Orapa No. 1 plant maintenance stoppage that occurred in 2013. Jwaneng Cut-8 waste mining is progressing well, with just over 50% of the 500 million tonnes of waste stripping required to expose the ore now complete. During 2018, Cut-8 will become the main source of ore for Jwaneng and extend the life of one of the world’s richest diamond mines to at least 2033, providing access to an estimated 91 million tonnes of ore, containing approximately 110 million carats.

In Namibia, production was marginally higher at 1.9 million carats (Namdeb (land operations) 0.6 million and Debmarine Namibia 1.3 million), driven by strong operational improvement by the MV Mafuta vessel. Namdeb production was broadly in line with the previous year, despite a 19-day strike in the third quarter. Namdeb Holdings has received a 15-year licence extension for both land and sea operations to 2035. In South Africa, a 2% decrease in output to 4.6 million carats (Venetia 3.2 million, Voorspoed 0.7 million and Kimberley 0.7 million), was principally due to lower grades at Kimberley.


In Canada, production was slightly lower at 1.8 million carats (Snap Lake 1.2 million and Victor 0.6 million). A decline in production at Snap Lake of 0.1 million carats was due to the impact of flooding, forest fire smoke protocols, and reviewing and implementing revised ground support standards. Work continues to optimize Snap Lake to enable economic access to the promising, though challenging, orebody.


Element Six (E6) enjoyed a year of solid growth, with a strong performance in the synthetic industrial diamond product groups, both for abrasives and advanced technology applications. This growth was offset partially by weakness in tungsten carbide sales in the first six months. In order to continue improving customer service and operating efficiencies,


E6 announced in April that it would close its plant in Robertsfors, Sweden, to focus on its primary plants in Shannon, Ireland and Springs, South Africa.


Forevermark saw strong growth in 2014, with retail outlets up by 20%. The brand is now available in more than 1,500 outlets in 34 markets. Since the launch of Forevermark, more than one million diamonds have received the Forevermark inscription and unique identification number.


In 2014, De Beers Diamond Jewellers opened a new store in Selfridges in London and a concession in Saks Fifth Avenue, New York. There are now 35 De Beers stores in 12 key consumer markets around the world.

Brands
Forevermark saw strong growth in 2014, with retail outlets up by 20%. The brand is now available in more than 1,500 outlets in 34 markets. Since the launch of Forevermark, more than one million diamonds have received the Forevermark inscription and unique identification number. In 2014, De Beers Diamond Jewellers opened a new store in Selfridges in London and a concession in Saks Fifth Avenue, New York. There are now 35 De Beers stores in 12 key consumer markets around the world. 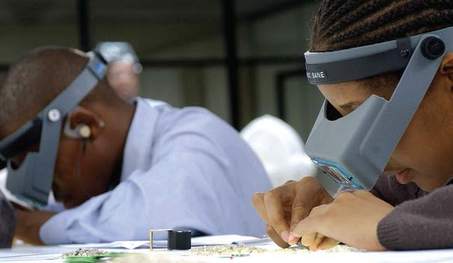 Operational Outlook
De Beers said the Gahcho Kué project commenced construction following receipt of necessary permits and licenses and is expected to deliver an estimated 52 million carats (100% basis) over its 13 year life from the second half of 2016. De Beers’ 51% share of Gahcho Kué’s capital expenditure is approximately $0.5 billion.

The Group also supported investment in a new treatment plant at the Letlhakane diamond mine in Botswana, a low-risk, high-return project designed to process the extensive tailings mineral resource that has been deposited over 30 years. De Beers’ 19.2% share of capital expenditure is less than $0.1 billion.

The company noted some softness in rough prices toward the end of 2014 and in early 2015, and estimated that polished prices ended 2014 broadly in line with where they started the year.

During the year, De Beers supplied more goods to the Botswana government for its own independent sales which were launched in late 2013 by Okavango Diamond Company.

De Beers reported that operating costs in 2014 benefited from a favorable exchange rate as the South African rand and Canadian dollar weakened against the U.S. dollar. Cleaver added that operating costs improved due to greater efficiencies at the mines, particularly in Botswana, while the sharp reduction in oil prices had a marginal effect as the decline came toward the end of the year.
Cleaver said lower oil prices would likely have a greater impact on reducing costs in 2015, although these would be partially offset by higher power costs in southern Africa and a lower benefit from currency movements than in 2014.

New Sightholder Contracts
De Beers is currently negotiating new three-year contracts with its sightholder clients that will begin in March 2015. The company has stressed that sightholders will have to comply with more rigorous financial and governance criteria to be eligible for supply. Cleaver noted that applications have not been affected by the new requirements or the current softness in the market.


“We’ve been pleasantly surprised by the level of applications, and by the cooperation by sightholders to transition to a more transparent and robust business,” he said. “It’s no secret that it’s been a tough time for manufacturers but we’re pretty confident that we’re going to come out of this with a very strong list of clients.”


Cleaver added that sightholders’ profitability is taken into account by the company as it considers its supply and price structures on a sight by sight basis. As a result, prices were reduced by an estimated 4% at the January sight while supply has been relatively low in the past two to three sights. Still, Cleaver noted that the company ended the year with relatively normal inventory levels and that the weaker market has not affected its operations.


He added that while liquidity levels remain weak, they have not deteriorated further and that the outlook for 2015 is still positive. “We’re expecting a solid but a slightly tighter year than last year as the combination of forex tailwinds and prices level off from 2014,” Cleaver said.


De Beers accounted for 23% of Anglo American’s revenue and 42% of its underlying earnings. The diamond division achieved a return of capital employed of 15%, just below the 16% target set by Anglo American for 2016.


De Beers said there’s room for gem prices to increase this year after an industry credit crunch led to a decline in the final quarter of last year.


“We would certainly hope that as liquidity comes back into the system, and as polished starts to move a bit, there will be scope for some price increases in the year,” said Cleaver. “We hope that as the fundamentals improve we would react accordingly.”