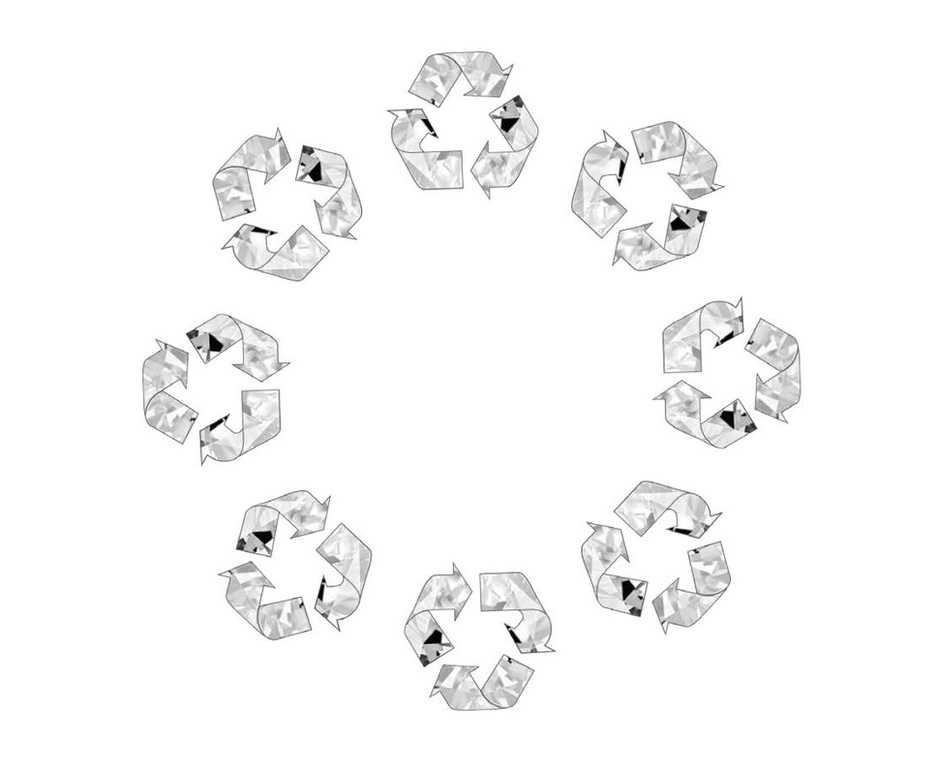 More than six years after the global economic crisis struck, one offshoot is continuing to have an effect on the diamond and jewelry industries, and that is recycled diamonds. Although, at an estimated five percent of the market, old diamonds remain a minor element, their share is continuing to grow despite the recovery of the American economy. It was following the financial crash of late 2008 and the deep recession that followed, with millions of jobs lost and hundreds of thousands of home foreclosures, that many people began selling off family heirlooms in an often desperate bid to raise cash quickly.

Even diamond industry mammoth De Beers is concerned about the phenomenon, and last August launched a research program to “gain an enhanced understanding of consumer diamond re-selling activity and the associated consumer experience”. Based in New York, this involves a small number of American jewelry retailers, estimated at around 14 stores, and runs until the start of this year.

De Beers wants to know why people would want to sell their diamond jewelry and extrapolate from that how much is being sold across the wider market. And a major concern is how selling off old jewelry impacts consumer perceptions of diamonds: selling a diamond because you need some money quickly may make sense from the seller’s point of view, but De Beers sees it as lowering the status and prestige of the stones in the wider market. Despite De Beers no longer holding an overwhelming grip on the diamond market, it nonetheless wants to continue to boost the image of diamonds in the minds of consumers. The job of its International Institute of Diamond Valuation (IIDV) is to provide valuable research on how that can be achieved.

One company that isn’t worrying too much about the prestige of recycled diamonds and jewelry is White Pine Trading LLC, one of the world’s largest recycled diamonds companies. It holds recycled diamond sales events monthly in the major diamond hubs, such as Mumbai, Dubai, Hong Kong and New York. Sales typically feature tens of thousands of carats of recycled melee, breakout and single stones, both certified and non-certified, in all shapes, sizes and qualities, as well as jewelry, said the firm, which has offices in New York, Tokyo and the United Kingdom.

It purchases the diamonds, aggregates and sorts hundreds of thousands of carats annually, and also manufactures diamonds in New York and India. It sells jewelry and diamonds mostly in the U.S. and Asia to a network of industry players, including retailers, jewelry manufacturers and dealers.

The company, which has been operating for more than five years, takes a very unsentimental approach to recycled diamonds. It accepts all varieties of diamonds for brokerage and auction, and has expert assessors and sorters. It offers cash advances on goods submitted and uses its widespread network of industry contacts to sell the stones as well as to secure diamonds for sale. It prepares the diamonds by assessing, boiling and sorting them to maximize value, puts them before qualified buyers and promises a fast turnaround of results and payment.

What are the benefits of recycled diamonds both for diamond manufacturers and jewelers, as well as the general public? They can be secured at a relatively low price and then re-cut. Many of them, inevitably, have an old fashioned appearance being scores of years old.

Large volumes of the recycled goods are sent to re-cutting plants in Asia looking for new sources of goods due to the high price of rough diamonds currently. Bought for less than their rough counterparts currently cost and already polished and simply needing what are often cosmetic changes, the advantage for manufacturers is clear.

In addition, having large volumes of goods already sorted means manufacturers and jewelers can more source big amounts of precisely the type of goods they need ready for re-cutting. Furthermore, there are many cases where customers may be looking for
old-fashioned cuts due to the retro trend among consumers in which case very little re-working of the stones is called for.

Having a strong and deep understanding of the market also enables White Pine and other recycled diamond sellers to direct goods to precisely the firms that need a certain size, clarity or size thus enabling them to maximize the prices they charge.

White Pine, for example, continuously tracks diamond prices and with its knowledge of the market can develop a target price for parcels. Many clients will pay a premium for the goods they require because they know the goods are exactly the type they are looking for. The firm believes that this is a better sales model than simply putting up mixed parcels for bidding where manufacturers are not certain about the items and thus will bid lower because there are many goods that they cannot use.

Industry observers believe although the recycled diamonds market only accounts for around 5 percent of the overall market currently, it will continue to expand. “We think it will grow, there’s no doubt about that,” said one diamantaire.

“But this also depends on how much jewelry is being recycled by the public, and others. Many jewelry retailers, for example, have a lot of capital wrapped up in stock that they want to liquidate. For them, it is a good way to get rid of stock that is not selling so that they cannot receive money with which to buy new inventory.” 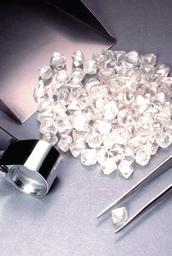 The impact of recycled diamonds on the diamond industry is still not clear. “It’s very difficult to estimate,” said one Israeli diamantaire. “When customers buy a piece of jewelry with a re-cut diamond, they cannot know, unless the seller makes it clear, that it has an ‘old’ stone set in it. They probably do not even think about it. But every time that happens, that is demand for another diamond that has been lost to newly mined diamonds.”

Although many re-cutting plants are based in Asia, it is not clear whether the newly cut diamonds are being sold in the region or being sent abroad. If they are sold in Asia, then they will have the effect of keeping diamond prices down and counter the effect of rising demand, particularly from Asia.

The global rough diamond market is worth around $15 billion annually, with recycled diamonds estimated to be worth about $1 billion. In recent years, as high-quality rough has become more difficult to find, and more expensive to produce, the industry is seeing historic levels of recycling as high diamond prices rival the sentimental value of consumers’ jewelry. In addition to higher prices, the availability of diamond pricing information available to the public on the internet is also leading to more consumers willing to sell-back.

It’s difficult to precisely quantify the overall impact that recycling currently has on the market given that most buybacks take place in non-transparent environments such as independent or “street” jewelers, and pawn shops. Most mainstream jewelers still do not buy-back. In addition, a lot or recycled diamonds are recut by jewelers converting old shapes into more fashionable designs, making tracking recycled diamonds that much more difficult.

An estimated $1 trillion worth of “used diamonds” are locked away in safe deposit boxes and jewelry cases, and many gems could find their way onto the market, thus reducing demand for diamonds. And that is in direct contradiction to the premise of the diamond business for more than a century that most merchandise never re-enters the market. A person’s diamond jewelry, with its powerful emotional baggage, is supposed to be hardly ever sold off, but rather passed on to children or other loved ones, thus passing on a love for diamonds and creating new demand.

The diamond trade appears to be relatively upbeat about the issue for now. As one diamantaire said: “I find it difficult to believe that a man would propose marriage with what is basically a second-hand diamond. Similarly, he is not going to celebrate a wedding anniversary, or purchase a special gift for a female member of his family with a piece of jewelry that came from an old piece of jewelry.”

But the question is: would he know that it was recycled? “Some of these diamonds come from heirlooms where the cut may be out of fashion and so they would be recut to suit today’s tastes,” said one analyst. The diamond would enter the polished diamond market after being bought by a wholesaler or jewelry manufacturer and would then make its way to the retail sector. ◆