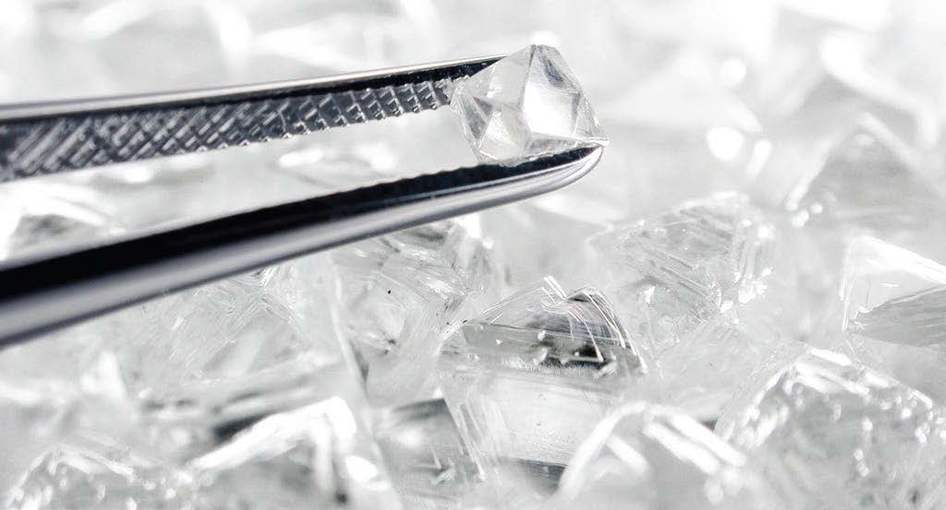 How long can it last? That is the question on the lips of most members of the diamond trade around the world. The ‘it’ in question is the price of rough diamonds. For how long can prices keep rising, even if only by low single-digit numbers?

Increasing numbers of diamantaires are asking how they are expected to be able to continue to pay ever-higher prices for rough goods when the price of the resulting polished – which is usually only ready for sale six months down the road, assuming there is a buyer on hand – is standing still, if not declining. Increasingly, the industry trade press is hearing of manufacturers processing diamonds at a loss.


Manufacturers are reluctant to close operations – because that move involves a range of costs, as well as difficult decisions relating to sentiments. Firing staff involves compensation payments and then when the situation turns around there are the costs of training new employees. And for many, if not all diamond manufacturers, for whom the diamond industry is the only occupation they have ever known, the idea of leaving the trade is unbearable.


The reductions in rough diamond prices at De Beers first sight of the year in January are widely seen in the industry as not being anywhere near deep enough to reflect the tough reality on the ground. The miner is estimated to have reduced prices by an average of around 4 percent. However, the firm is carrying out more of a reduction in supply alongside slight price cuts. The result of that, of course, is that these elements will balance out later in the year with fewer goods being available enabling the mining giant to raise prices again for those goods that it is making available.


If fewer goods are being polished and marketed for sale, eventually when wholesalers, jewelry manufacturers and jewelry retailers come to restocking their shelves they will have to pay higher prices. That, at least, appears to be the theory.

Aware of widespread industry displeasure with the state of the market, De Beers agreed to allow its sightholders to leave goods on the table at the January sight – indeed as much as 25 percent of rough diamonds are estimated to have been deferred by the company’s customers The sight is believed to have had a value of $400 million to $450 million. All eyes will be on the next sight to be held February 23-27 for evidence of a continuation of a policy of deferring goods.


Sharp reductions in rough prices – a move that would win widespread industry support – can be regarded as just a pipedream. As has been widely reported in the past couple of years, De Beers’ CEO Philippe Mellier has a very clear policy: raising rough prices as much as possible as quickly as possible in order to secure his part in the demand of mother-company Anglo-American from all of its business units of increasing shareholder value.

That is the main target of Mark Cutifani, the CEO of  Anglo-American who was brought in to replace Cynthia Carroll two years ago whose management policy was regarded by the firm’s directors as having failed to bring shareholders value. Cutifani’s policy demands have been clearly communicated to all the managers of its various subsidiaries, and they are thought to have little room for ma﻿neuver which would explain Philippe Mellier’s apparent inflexibility.


Consequently, Mellier and his senior colleagues are paying little more than lip service to the idea of reducing prices. Although that may serve De Beers, it is leading to rising dissatisfaction among diamond traders and manufacturers.


It is likely to lead to a similar level of stocks-left-on-the-table at the February and March sights since sightholders may believe that further reductions are on the way in the coming sights. As a result, De Beers may, to a certain extent, be the main victim of its policy of allowing deferments.


There is also a knock-on effect, because the huge secondary market – smaller diamond manufacturers and traders who buy some of the goods from the sight boxes – may also come to expect further price cuts and will, consequently, defer their purchases, as well.


What can, therefore, be expected in the early months of 2015? Reduced sights, for one. Will lower supply eventually drive up prices? Theoretically, yes. In practice, however, it might lead the industry to believe that further reductions are on the way. A sort of deflationary effect that may backfire on the diamond miner since nobody can state for sure when a turnaround may happen.


But holding on to stocks is not a realistic proposition for De Beers. The days of stockpiling goods ended more than a decade ago when the company realized it was a poor use of its capital. Furthermore, Anglo American, which owns 85% of the diamond miner, and Botswana, which owns the rest, need the cash – all the more so at a time of falling demand and income and ever increasing costs.


Furthermore, bringing about a shortage of goods will not help to motivate the market when polished demand is low on one side and almost nothing is being done in the field of generic diamond promotion on the other side of the equation.


The situation is very similar at Alrosa where the Russian government is unlikely to be happy to see lower income at the mining colossus since the firm still owes the administration for bailing it out during the financial crisis of 2008 and the recession that followed. Alrosa also needs cash to finance largescale investment projects, such as going underground at some of its huge mines.
And the Russian firm appeared to confirm its current cash-first approach earlier this month: it will increase production by 5 percent to 38 million carats and sales by 1 percent to 40 million carats in 2015, thus sacrificing price rises for cash flow.


Clearly, a self-centered approach is dangerous and has limits. Keeping the profit to yourself and pushing your clients to the wall is not a wise policy in the longterm. At the same time, the producers are not pushing for generic advertising.


Diamond manufacturing clearly needs to be profitable for all members involved in the pipeline – particularly those in
the middle.

What is on the minds of diamond manufacturers? International Manufacturers Association (IDMA) President Maxim Shkadov is clear on the issue: stop buying is his overriding message to members. Making no profit is clearly not a sensible business strategy for clients of De Beers and Russia’s Alrosa, as well as other manufacturers.


All of this is further compounded by the issue of insufficient industry financing. Even the mighty ABN Amro Bank is only agreeing to supply 70% of the cost of rough purchases. Other banks have withdrawn from the industry – such as Israel’s Bank Leumi, one of the country’s two biggest banks. The Antwerp Diamond Bank is winding down its operations and soon several hundred Belgian diamond firms will have their accounts closed down. Meanwhile, other banks are reducing their exposure to the industry, such as Standard Chartered Bank in India.


The only option for many manufacturers may be to increasingly bring in their own money to finance their operations.


A further option may be the sale of some or all of their polished stocks in order to raise cash. Given that many categories of polished goods have fallen in price since the middle of last year – and in some cases before that as well – selling off polished diamonds will have a clear effect: reducing prices even further.


As Antwerp World Diamond Centre (AWDC) President told Rough & Polished in an interview: “Roughly 15-20 years ago, there was a genuine dialogue between producers, manufacturers and traders. Everybody looks after his own interests first, that is only normal. But having said that, everybody should realize that our interests are interlinked. The lack of profitability in the industry during the last few years is impacting very strongly the ability of bankers to finance the industry. I would question the viability of a sales system for rough diamonds without the long term commitment of the banks based on profitable manufacturers.


“De Beers needs to look at what is the best for their shareholders in general, their partners in Botswana, and for the diamond mining industry as a whole in terms of sustainability of rough prices. I am well aware about the very high financial requirements that investment in first class mining command – we are talking about huge amounts. On the other hand, to ensure that sufficient margins are generated to make these investments sustainable, it must remain so along the whole value chain.”


The first quarter of this year will be a critical period when all members of the diamond industry will be appraising the situation in the market. For now, the outlook is mixed: given the slowdown in China, forecasts for diamond jewelry sales for the Chinese New Year are low. The holiday sales season in the vital U.S. market were slightly disappointing. Next up is Valentine’s Day. Are consumers heading for the jewelry stores? We will find out in the coming months.
﻿Terms & Conditions
Privacy Policy