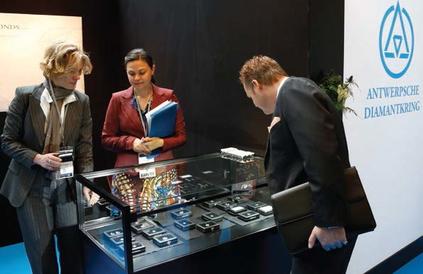 As the sixth edition of the Antwerp Diamond Trade Fair (ADTF) kicked off at the start of February, all eyes were naturally focused on changes brought in by organizers of the by-invitation-only diamond trade show. Such events need continual change and adaptation to stay relevant and attractive, especially at times of tough and challenging trading conditions. This year, the fair welcomed hundreds of buyers, among them both delegations from existing, leading jewelry markets, but also from emerging diamond markets. The ADTF, which is held in the trading halls of the Antwerp Diamond Bourse (Beurs voor Diamanthandel), the Diamond Club of Antwerp (Diamantclub van Antwerpen) and Antwerp’s Rough Diamond Bourse (Antwerpsche Diamantkring), featured around 90 exhibitors from the smallest to the largest of Antwerp’s diamond manufacturing and trading firms.

Of all the global diamond markets, Antwerp is arguably the most nervous of its future as a diamond trading hub. The comment was heard time and again from leaders of the Antwerp diamond community that it has a history of more than 500 years as a diamond city with a rich pedigree that is unequalled in the world. Although that claim is true, it is of little help to the modern-day status of the city which needs to fight for every deal in the same way that other centers also struggle to keep their heads above water.

“Since 2010, Antwerp’s diamond bourses have expended serious efforts to raise their profiles in the international diamond, gem and jewelry markets,” said Thierry Polakiewicz, a member of the ADTF organizing committee. “Over the years, the ADTF has proven to be a very effective platform to introduce diamond buying jewelers and qualified diamond buyers to Antwerp’s diamond business community. Within a few days, countless business encounters and opportunities are brought to them. This year, we welcomed delegations of first-time buyers from the Middle East, China and Eastern Europe, as well as from North Africa, in particular from Algeria,” Polakiewicz continued.

But were those first-time buyers all taking part in the show? Some exhibitors, pointing to the fairly weak foot traffic on the first two days of the show, suggested that some of those people receiving free flights and accommodation may have taken the opportunity to visit the sights of Antwerp rather than the trade fair. “We saw hundreds of people at the lovely Gala Dinner at the end of the first day, but where were they during the day and the following day,” asked one exhibitor. “I may be wrong, but I definitely got the feeling that the number of people I saw at the dinner and the number I saw walking the aisles of the fair did not add up.”


One senior member of the Antwerp diamond industry, while declining to state that the claim was  likely to be true, nevertheless admitted that it was something that had happened in the past and was almost inevitable. “I don’t think it would be fair to say that some people come only for a free look around. These are, after all, serious businesspeople. However, it would not surprise me if some people took off a few hours to look around Antwerp as part of their visit. But to say that that is all they did would be a real exaggeration.”

In comments for the opening ceremony of the fair, AWDC President Stephane Fischler, said the ADTF was an important link in Antwerp’s annual promotional and marketing campaigns. “The ADTF’s goal to bring diamond buyers from all over the globe to Antwerp and enable them to have exclusive access to the Antwerp market has proven to  be a brilliant move. This fair, held at home in Antwerp, meshes perfectly with the AWDC’s annual marketing programs, such as the Antwerp pavilions at international trade fairs and the organization of roadshows, and adds important value to the members of all bourses,” Fischler declared.

“We are pursuing our continuous improvement strategy to strengthen Antwerp’s competitive advantage. Going back to the Antwerp Diamond Trade Fair, I feel personally that relying solely on ‘cold’ technology is certainly not enough and not, I would say, fitting for the diamond business. At the end of the day, we sell diamonds. We don’t sell any other commodities, which come in uniform size, shapes and so on. I believe that any time you sell a diamond to a consumer, there is a story behind it to be told. I believe overreliance on technology takes away the magic – the magic that is so unique to diamonds.

“And I believe that diamonds have a unique ‘touch and feel’ to them. It is about people, about taking a diamond in ones hands, admire it, get a feel of it. Of course, technology allows you to transfer an information ‘package’ – but will never convey the magic of what diamonds are about. So, in that sense I think the physical encounter between a buyer, a diamond and a seller is after all what ensures the ultimate commitment to diamonds. And that’s exactly what the Antwerp Diamond Trade Fair is offering. That is why I believe it is successful.” 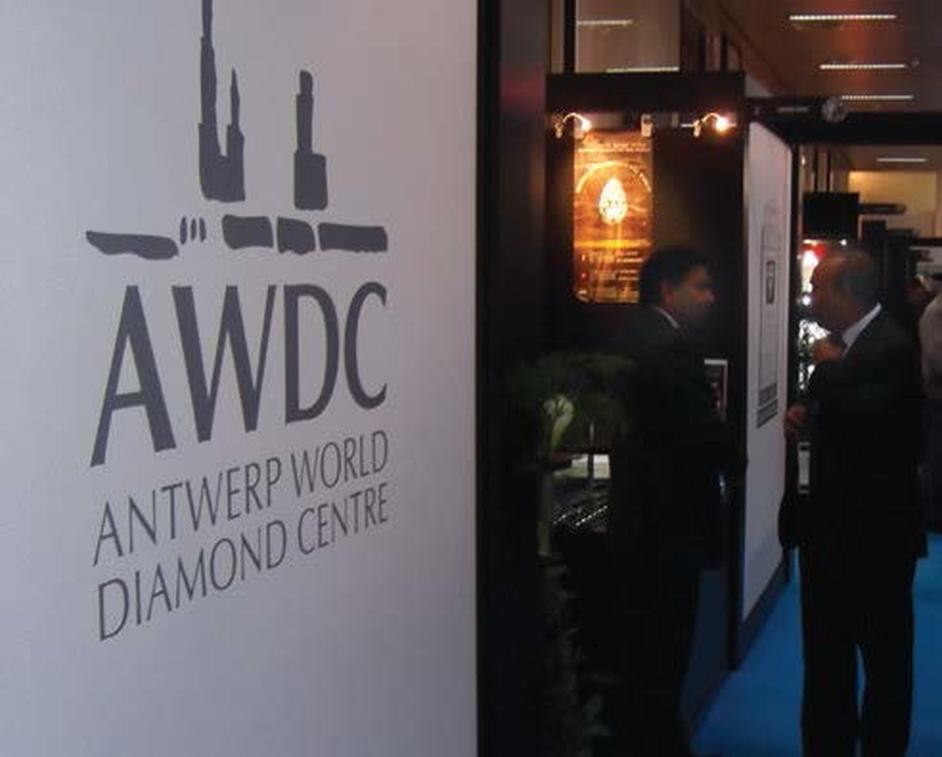 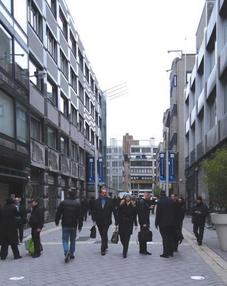 Discussions with some exhibitors uncovered the feeling that many appeared to be that the initial concept of the fair had run its course. More than a few exhibitors made comments along the lines that not enough potential buyers were being invited to the show and many of those that were invited were not aiming to buy but rather to simply look around and get a feel for the place. “Of course there are shows that are known as venues for the exchange of business cards and then sales may follow after the show during follow-up phone calls and emails but we are looking for sales at the event,” said Zein Soubra from Nsouli who was exhibiting at the show for the second time. “I would say the fair is perhaps not as good as was promised.There are not so many customers. “Last year was better up to this point (Monday afternoon). The idea of bringing people together is a good one, but the number of customers that we have seen is quite low. I believe the invitation base should be wider, because the by-invitation aspect reduces the number of visitors. “I also think it would be a good idea to have the show in one hall as that would give more of a feeling of a tradeshow. This way, it is split into three smaller halls which might be more intimate, but gives a feeling that it is not an important trade show.”

One of the organizers of the fair said that such comments had been heard in previous years, but that if it was to be held in a large hall in the city then the diamond aspect would be lost since it would have to be held away from the diamond district. “The concept of the show is that it is held in the diamond bourses in the heart of the diamond district. Visitors are not just introduced to the exchanges but also to the city’s diamond heart. If the show were held in a large anonymous-looking hall then it could really be anywhere in the world. Our aim is to emphasize the city’s diamond heritage and to show visitors just how large and varied are the companies in the diamond district and that they can easily visit other companies in the exchanges beyond those which they have met at the show.”

Meanwhile, Shrowen Shah of Passion Jewels, said there had been a reasonable number of enquiries regarding the firm’s jewelry products, and that the loose diamond side was even better. “I would say that the show was fair. We did not have huge expectations since these are difficult times. However, we would have liked to see more transactions, of course.”

Other exhibitors seemed pleased with the way the show had gone. Assaf Assael of Dalumi Diamonds said that his regular visitors had been to his stand and that he had made good sales of diamonds. “Clearly, it is different for everyone. I saw my regular clients and did some good sales so I am happy with the situation. I think the concept works well.”◆
﻿Terms & Conditions
Privacy Policy