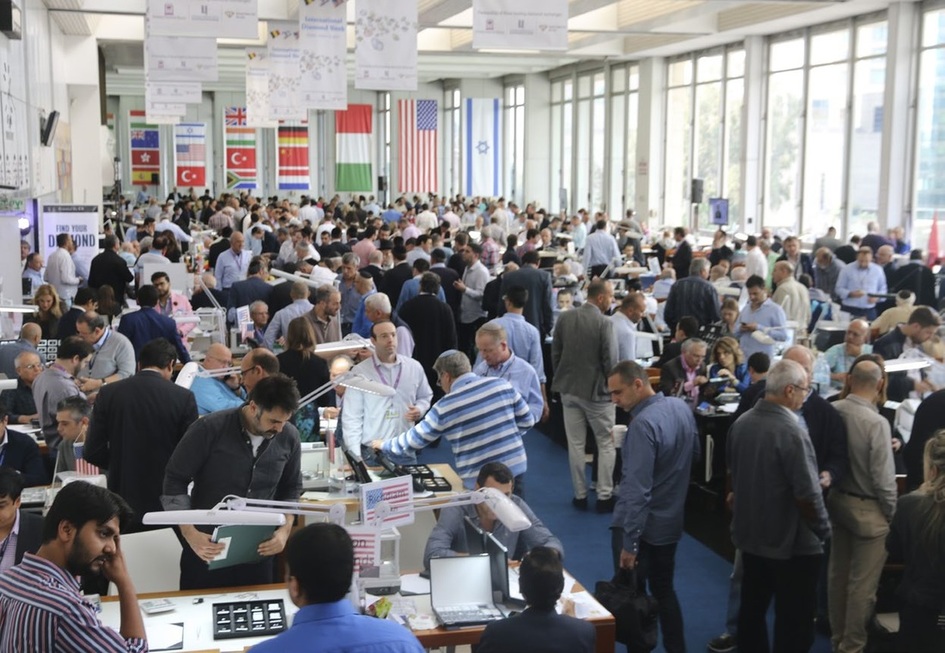 ﻿Organizers of the Israel Diamond Exchange’s (IDE) February 8-12 International Diamond Week praised the success of the latest edition of the show. The diamond week featured, as has been the practice at all the shows held so far, a large delegation from the Diamond Dealers Club (DDC) of New York, with more than 100 members making the trip to the Ramat Gan exchange. And the February show was also the first to feature a delegation of diamantaires from the Antwerp Diamond Bourse (Beurs voor Diamanthandel). The show, which aimed to raise the mood at the bourse by bringing together sellers and buyers from across the globe, also featured a delegation of around 30 jewelry firms from Turkey who came to view the approximately $2 billion of goods being offered by more than 300 Israeli diamond companies. In addition, there were hundreds of visitors from the India, Russia, China, and many European countries. IDE President Shmuel Schnitzer said the semi-annual event was part of a wider trend in the global diamond industry to 38 The Trading Hall of the Israel Diamond Exchange during the International Diamond Week.﻿

At the opening ceremony: Reuven Kaufman, Shmuel Schnitzer, US Ambassador to Israel Dan Shapiro, Bumi Traub, Yair Sahar,Eli Izhakoff and Gaetano Cavalieri.
bring diamond and jewelry firms together in order to raise trade. He said the IDE was planning a similar event with the Bharat Diamond Bourse. “It is really critical to bring activity to the trading floors of world’s major diamond bourses. We have, to a large extent forgotten that it is crucial that we meet face-to-face to do business. Increasingly, we are working from our offices rather than going out and meeting people. “I lost count of the number of exhibitors and of buyers from the IDE who came up to me and told me how they had met people who they see on the same corridor as them and in the elevator every day with whom they had never spoken until this week. To their surprise, they found that those people were in a position to either supply or buy from them exactly the items they need. I see this as being part of the beauty of events such as this. “Participation does not cost a single cent. That is important because small and medium-size firms cannot afford to go to the big shows across the world in Hong Kong and Las Vegas and others. This gives them the opportunity to compete. We have a draw and people are allocated a place for their table completely at random. With this show, there is a completely level playing field. Big companies and small all receive exactly the same size table and space,” he added. 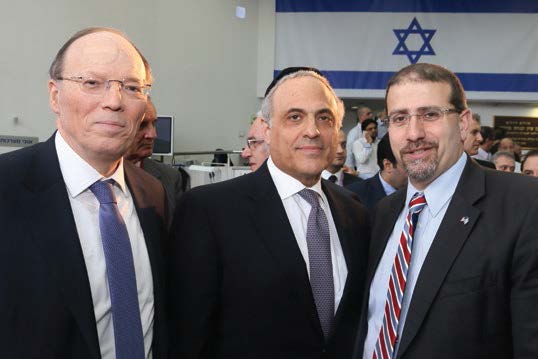 As for levels of business, many exhibitors noted that although there was more foot traffic than at previous editions of the event, and that this had translated into more business. “The show reflected the state of the market to a certain extent, but there was a great deal of optimism and goodwill. This is a great event for making contacts and meeting people eye-to-eye,” said one Israeli diamantaire. “The situation is not easy anywhere at the moment, but this show creates a lot of excitement and electricity. It is great to meet people, to make possible new clients and to network.”

Speakers at the opening day ceremony of the event emphasized the need to bring back profitability to the operations of the many businesses in the midstream part of the diamond industry. That is all the more the case due to a soft market globally for polished diamonds, tight liquidity and super-thin profit margins for manufacturers. Dan Shapiro, the U.S. ambassador to Israel, was one of two guests of honor – along with World Federation of Diamond Bourses (WFDB) President Ernie Blom. Shapiro praised the participation of 100 American diamond dealers from the Diamond Dealers Club (DDC) of New York. Meanwhile, Belgium’s Ambassador to Israel took the opportunity to thanks members of the Antwerp Diamond Bourse who took part. In addition, there was a delegation of more than 30 members of Turkey’s national jewelry association. “The global economic crisis has affected all industries and most countries around the world, but we are pulling through,” said Shapiro. “An economic recovery is now underway in the U.S., which will hopefully lead the way to a global economic recovery. This year should be a comeback year for the global economy, and for the diamond industry.” Ambassador Shapiro added that diamonds are the leading U.S. export to and import from Israel and have helped create stronger US-Israel business ties. The International Diamond Week was organized by the IDE in close cooperation with the DDC and its President Reuven Kaufman and the Antwerp Diamond Bourse and its President Marcel Pruwer. Pruwer said his members had reported good results from the show and were more than satisfied with the visit. Belgium could increase the number of members taking part in the Summer edition of the event in August, Pruwer added.


In excess of 300 Israeli diamond companies took part in the International Diamond Week.
Kaufman paid praise to IDE President Shmuel Schnitzer for his part in developing the fair. “I always say I am coming home when I come to Israel because I have come here so many times. It is unbelievable how much business is done between Israel and the United States and how many strong connections there are between the two centers.”


He said there was exceptional synergy due to the myriad business and family connections between Americans and Israelis. “Our way of doing business is similar. The idea of having three bourses coming together makes a lot of business sense.


“Unfortunately, these days, much business is done behind closed doors, but people are discovering with these shows that it’s important to sit across from someone and do business face-to-face. You get a feeling for the person and for his goods. Many DDC members have a tremendous range of goods. The shows brings tremendous value.


“There is a question of cooperation versus competition: we thought maybe DDC members would not like Israeli firms coming to their turf when we held the Israel Diamond Week at the DDC last year and in 2013 and vice versa. But there are so many goods in the world that there is enough for everyone to do business. This is a tremendous idea that works well. The networking is a wonderful idea. We learn what kinds of goods other diamond people have. We need to see the person behind the stones rather than simply looking online on one of the trading platforms. There is always a wariness when dealing with someone you have never met, but when you sit opposite him you develop a relationship, one that often lasts for decades.” Off the trading hall, the Israeli diamond industry said goodbye to Director of International Relations at De Beers, Andrew Bone, at a special ceremony. Bone joined De Beers in his late teens and has been employed by the diamond mining giant for in excess of 35 years. Among the leading diamond industry officials to praise Bone for his many years of service to the industry were Shmuel Schnitzer, President of the Israel Diamond Manufacturers Association Kobi Koren, Chairman of the Israel Diamond Institute Moti Ganz, President of the World Federation of Diamond Bourses Ernie Blom, Honorary President of the World Federation of Diamond Bourses Eli Izhakoff, Reuven Kaufman and Marcel Pruwer. Schnitzer, Koren and Ganz presented an award to Bone on behalf of the Israeli diamond industry to mark his years of dedicated service to the diamond industry in Israel and around the globe. “I am honored, delighted and humbled to receive such recognition. I am standing here with the giants of the diamond industry,” said Bone. And in another event Ashish Deo, Chief Executive Officer of the Responsible Jewellery Council (RJC), gave a presentation describing the role of the RJC. In his presentation, Deo highlighted the importance of trust due to the status of luxury jewelry in the consumer market.
﻿Terms & Conditions
Privacy Policy