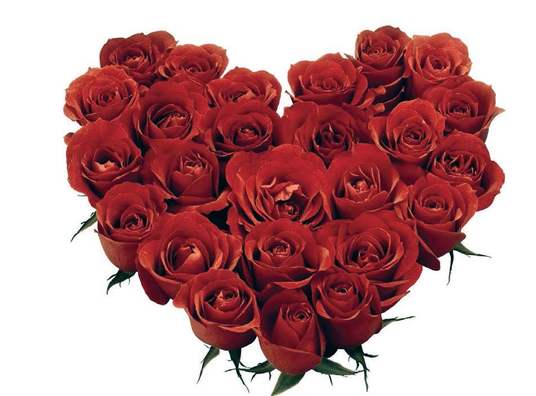 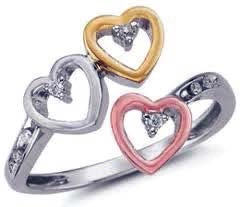 The American economy in general, and the retail sector in particular, has entered 2015 in a buoyant state of mind. There appears to have been a reasonable holiday sales performance and gas prices, which fell sharply in the last months of 2014, and have stayed at the same level in the first two months of this year and predicted to stay low through at least the first half of 2015, has put extra money into consumers’ pockets. As a result, for retailers, the New Year got off to a more than solid start.

As far as jewelry sales are concerned, the Christmas season was stable. U.S. jewelry and watch sales in December slipped 1.6% on the year to $15.25 billion, according to preliminary government data. In addition, the government revised October and November sales lower to reflect sales declines for both of those months.

Jewelry sales increased slightly – by around 1.5% – in the first quarter of 2014, but then growth picked up from May through August with reasonable year-on-year increases of 3-4 percent. But there were less than robust sales in September, edging up 1.2% to $4.77 billion, and then a decline of 1.3% in October to $4.76 billion. With the Christmas sales season underway, jewelry sales decreased by 0.6% in November to $6.13 billion, and that trend continued in the final month of the year, as sales fell by 1.5% to $13.42 billion. That led to sales taken across the year as being largely unchanged for all of 2014 on the year before at $69.19 billion, government statistics showed.

And Valentine’s Day was also forecast to be strong with shoppers set to open their wallets as positive consumer sentiment drove holiday spending forward. And with Valentine’s Day falling on a Saturday coming together with continuing low fuel prices that was seen by research firm IBISWorld as likely to encourage more extravagant spending for couples. The company predicted that total holiday spending would increase by 3.8% from 2014 figures.

According to the US Department of Commerce, total retail and food service sales from October to December 2014 were up 4.1% from 2013, indicating that shoppers are increasing their holiday spending as the economy continues to grow. Rising employment over the past year has enabled consumers to have more spending money for discretionary purchases like gifts and dinner dates on special occasions. While retailers benefit more from jewelry, candy, cards, flowers and dining out. The average amount consumers will spend this Valentine’s Day was expected to increase from last year’s $134.56 to $139.70.

According to the latest data from the CDC’s National Center for Health Statistics, the number of annual marriages has increased in recent years, but remains low in comparison with 10 years ago. Although Americans are waiting longer to get married, this does not translate to less spending on Valentine’s Day. Unmarried couples are expected to make up a significant portion of holiday revenue, as young couples are eager to impress their significant other, and often do not have children to impede on grandiose plans involving travel. IBISWorld estimates that spending on romantic getaways will rise by 2.6% this year.

While Valentine’s Day is celebrated by single folks and couples alike, consumers reportedly spend the most amount of money on their significant others and spouses. IBISWorld estimates that revenue for jewelry retailers will rise 5.6% from last year, as consumers have more disposable income.

One year ago, data from U.S. specialty jewelry stores in February reflected a sales increase of 3.7 % year on year to $2.914 billion while sales of watches and jewelry across all retail channels improved 6% to $5.842 billion.

Some analysts note that although there are challenges ahead for retailers and the situation could yet change, in general, conditions are being termed as cautiously optimistic. Diamantaires also appear to be in a better frame of mind. One American diamond company executive with strong connections to the New York diamond jewelry business, said he had seen a slight increase in orders at the start of 2015.

“I would not characterize it as dramatic, but you can definitely see an improvement in retail sales. It is very gradual, but there is a shift in the way retailers are ordering. They are also saying that there is a rise in demand, especially for rings. It is partly a seasonal thing. As the Spring approaches, this is usually what happens so it is a little bit difficult to determine whether it is because of that or whether there is a real rise in demand. But my estimation is that it is due to an increase in demand.” 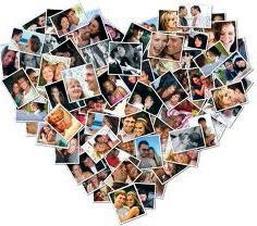 Meanwhile, marketing experts have identified several trends in shopping patterns that apply just as much to diamond jewelry retailers as to the rest of the retail sector. Among these are a continued growth in omnichannel shopping. This means that shoppers are buying via all channels – whether online or in bricks-andmortar stores. Shopping and buying is taking place through multiple channels, with online research followed by in-store purchase in many instances.

Another trend relates to sales via mobiles and tablet devices during the holiday season which were impressive, both in terms of the online and in-store traffic driven off of mobile devices. Actual purchasing from a mobile device is an increasingly popular and important sales channel. Clearly, consumers like the flexibility afforded through different channels.

The challenge for retailers is now to work out how to shift and adapt their operations to keep pace with widespread changes in shopping behavior in order to be able to deliver what shoppers are coming to expect. Shopping and researching in one channel, buying in another, and returning in a third are quickly becoming the new normal. A further strengthening trend is the ongoing development of various payment options. The newest such payment channel is Apple Pay, a mobile payment solution that was launched in late 2014 and is seen developing and expanding further this year. Consumers want to be able to pay quickly, efficient and securely. Just as checkbooks have almost become a feature of a bygone era, so, too, will credit cards eventually as digital payment becomes the norm.

The rapid rise in the number of retailers accepting mobile payment options means further growth of mobile pay adoption is inevitable. Consumers are poised to want to experiment more with this form of payment this year, and credit card companies can be expected to fight back with various discount schemes in a bid to retain market share.

Another increasingly important feature of modern-day shopping is same-day delivery. The desire of consumers to be able to look, reserve and buy something from phone or laptop and have it delivered that same day is becoming a standard feature of purchasing goods. However, it is a hugely complex logistical operation.

It involves building additional distribution centers, learning how to manage pulling from store stock, partnering with third-party delivery firms and even launching a drone force, as Amazon said it planned to do for the delivery smaller items. It seems clear that this will a focus for companies in 2015.

If there is one trend that is becoming clearer ever year, it ids that sales seasons are increasingly difficult to stage. Customers want to shop when they see a great deal and not just when a retailer or the retail industry says it is a great deal. In 2014, retailers increasingly experimented with start dates and sales periods and launched many flash sales as well as daily deals and shifting promotional calendar events in a bid to bring in business.


Many analysts questioned whether shifting sales dates and promotional events only served to increase consumer skepticism about the nature of the offers and thus backfired on shop owners by making them not want to shop. Is the American retail environment becoming over-populated? There is little doubt that there is saturation where store numbers are concerned. Consequently, retailers who overbuilt in recent years and over-opened regarding stores will have little choice but to close underperforming stores and head in the direction of consolidation. American retail operations have a deep affinity to data and statistics, but is that information being wisely and effectively used? Retailers continuously collect, analyze and attempt to optimize data.Their specific challenge will be to act on that data to improve their business operations and to gain meaningful and actionable customer insight. Retailers tend to adopt a one-size-fits-all approach to identifying customer views and patterns. They will need to utilize the data in a far deeper and more precise manner in order to isolate and predict the buying behavior of customers across today’s many buying channels.

A further issue is that customers increasingly want an interesting buying experience with the right product at the right price with top-level service and are not willing to forgive the opposite of all those requirements and will simply walk out.
﻿Terms & Conditions
Privacy Policy